Look what we made...

Well, it's been an eventful few weeks since my last blog post.

On the 13th October at around 4pm as I was sorting a pile of washing, I felt a gush of waters which could only have meant one thing... at least 4 weeks earlier than I was expecting I went into mild but controlled panic! A friend was at the park with my children, so I called a midwife and my husband. My friend then arrived back at the house with my and her children, and I quickly arranged for a friend to look after my children whilst my friend took me to the hospital which happened to be in the same town as my husband was working. I called him with a list of items to buy from the supermarket as I was expecting the baby to arrive that day. However, once I was at hospital, apart from the odd trickle there were no real contractions. I was kept in for a couple of nights for observation, then I was told that they would like to induce me. I was a bit shocked at this as I had been given the impression previously that if I didn't go into labour I could be let home. I negotiated that I could come home to pack some things then return to the hospital to await a space on the labour ward... it didn't come. The next day another Doctor saw me and queried the postion of the baby, so I went for a scan and discovered the baby was breech (I suspect the little madam has been twirling around in there all through the pregnancy as I had previously gone for a scan querying the size of the baby - turned out it was a big baby and lots and lots of water). He then recommended I see another Doctor who scanned me and performed an ECV - basically she turned the baby. She was happy to let me go home as she could see that there was still loads of water around the baby. So, I was let home on the 16th with a follow up appointment booked for the 22nd. Fortunately my mum had booked to come and visit and was around when I slowly went into labour on the 23rd. As I had kissed goodbye to my homebirth I wanted to go and get settled in at the hospital so I could feel relatively calm. Tom and I headed off just after 10pm. A lovely midwife negotiated that we could have the 'family room' until labour really set in. Tom was able to sleep on an off from about 12am - 3am whilst I listened to our MP3 player and surfed the internet on my phone. When the contractions started to get more painful I got moved onto the labour ward. The whole process was a little bit longer than I had anticipated as my previous 2 labours had been under 2 hrs long. Anyway, eventually Mae was born after a huge gush of waters popping at 6.24am on Saturday 24th October, weighing 8lb 5oz nearly 3 weeks before her due date.

Without further ado here are some pics... 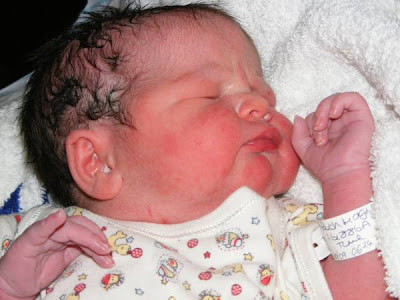 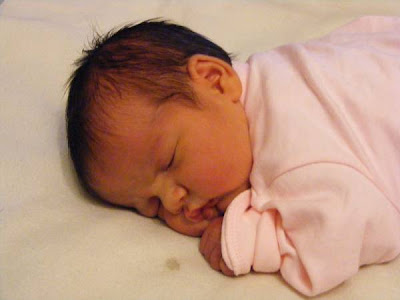 Apologies for being a terrible blogger over the last few weeks.

Have to confess not made any cards for over a week, and am now posting about some brooches I made a while back.

Being heavily pregnant and looking after 3 busy boys (4 including DH) means when it comes to evening I lack motivation to do anything that requires moving to much or thinking too much! Including standing at craft table and making things - although I really miss it and would like to be cuttin' and stickin'.

Anyway... I have recently discovered the joys of using my Quickutz to cut out felt and make them into brooches... Here are my first little designs - what do you think? 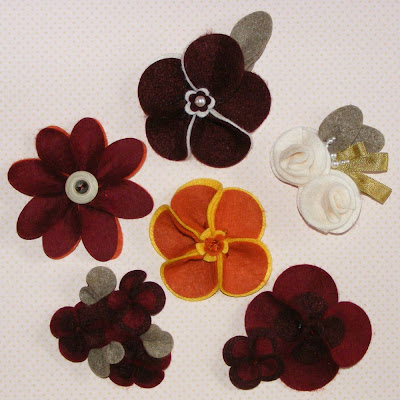 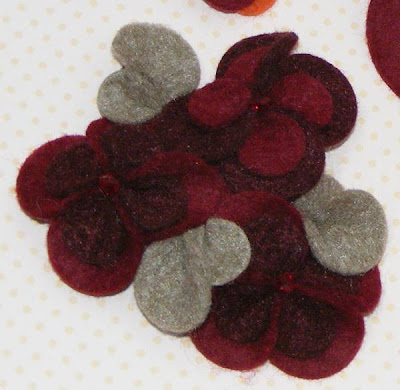 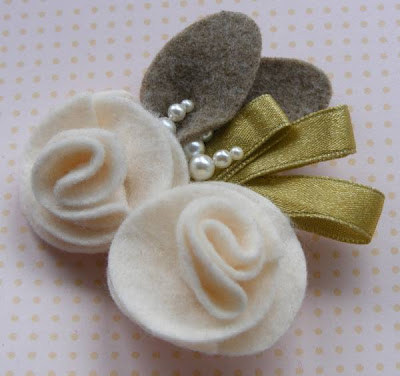